Alph and Bet, the twins. Cloned twins. Of Princesses from a planet called Yureshto... They're twin blue-skinned alien girls with weird freckles and great big, golden saucer eyes that blink strangely. Other than that, they're just typical teenage girls really, who like nothing better than to mock and tease our hero Harry. Which they do mercilessly. 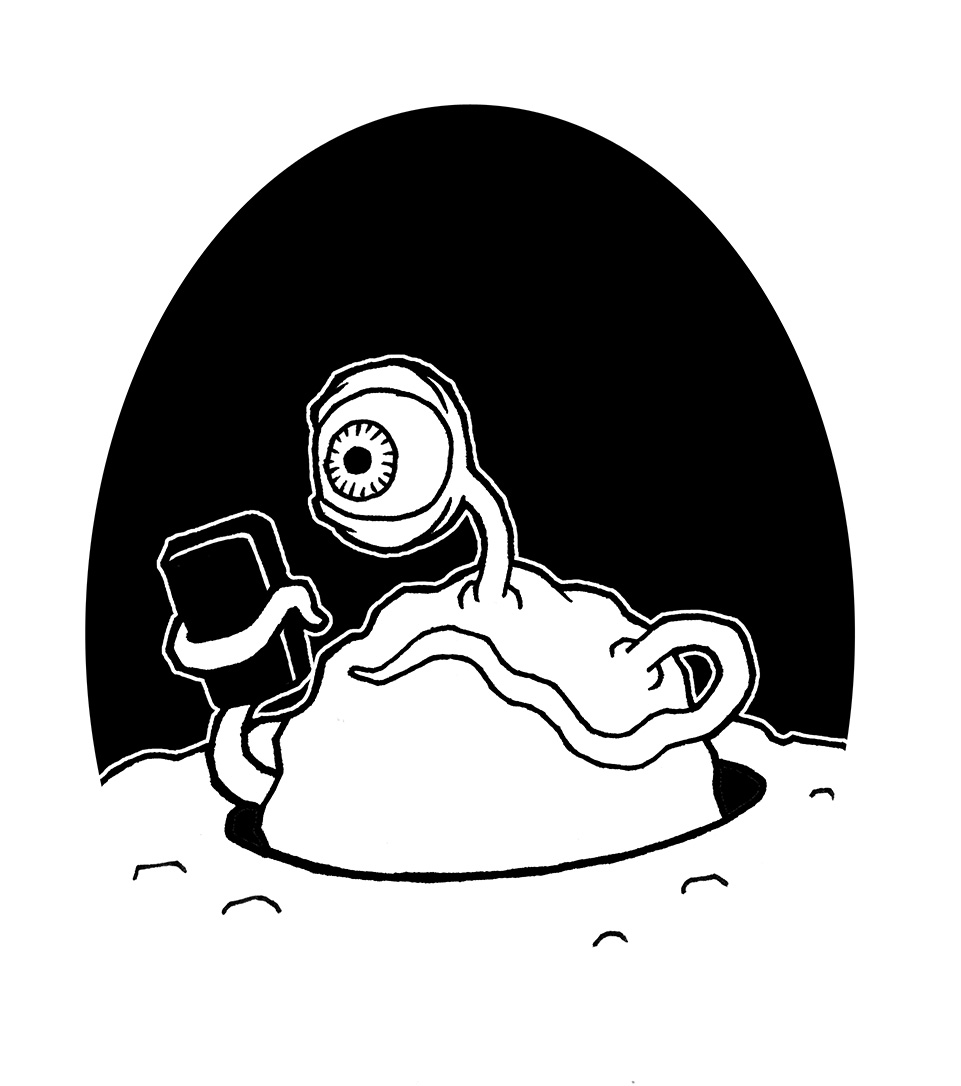 His full name and title is Awesomely Equanimous Plenipotentiary Dee-Ung, of the Globular Consulate. Or the Ambassador of Cool' to make it simple for Harry. De-Ung is a 'Coagulite' from the planet Glob. That is to say, a lump of gooey brown stuff that can form into whatever shape they like. They can exclude tentacles or grow an eye. Whatever's needed at the time. They can also hang out in space without a suit, as they're pretty much immune to cold and heat, and don't breathe in the same way we do. Basically, a round ball of intelligent... well, mud I guess. 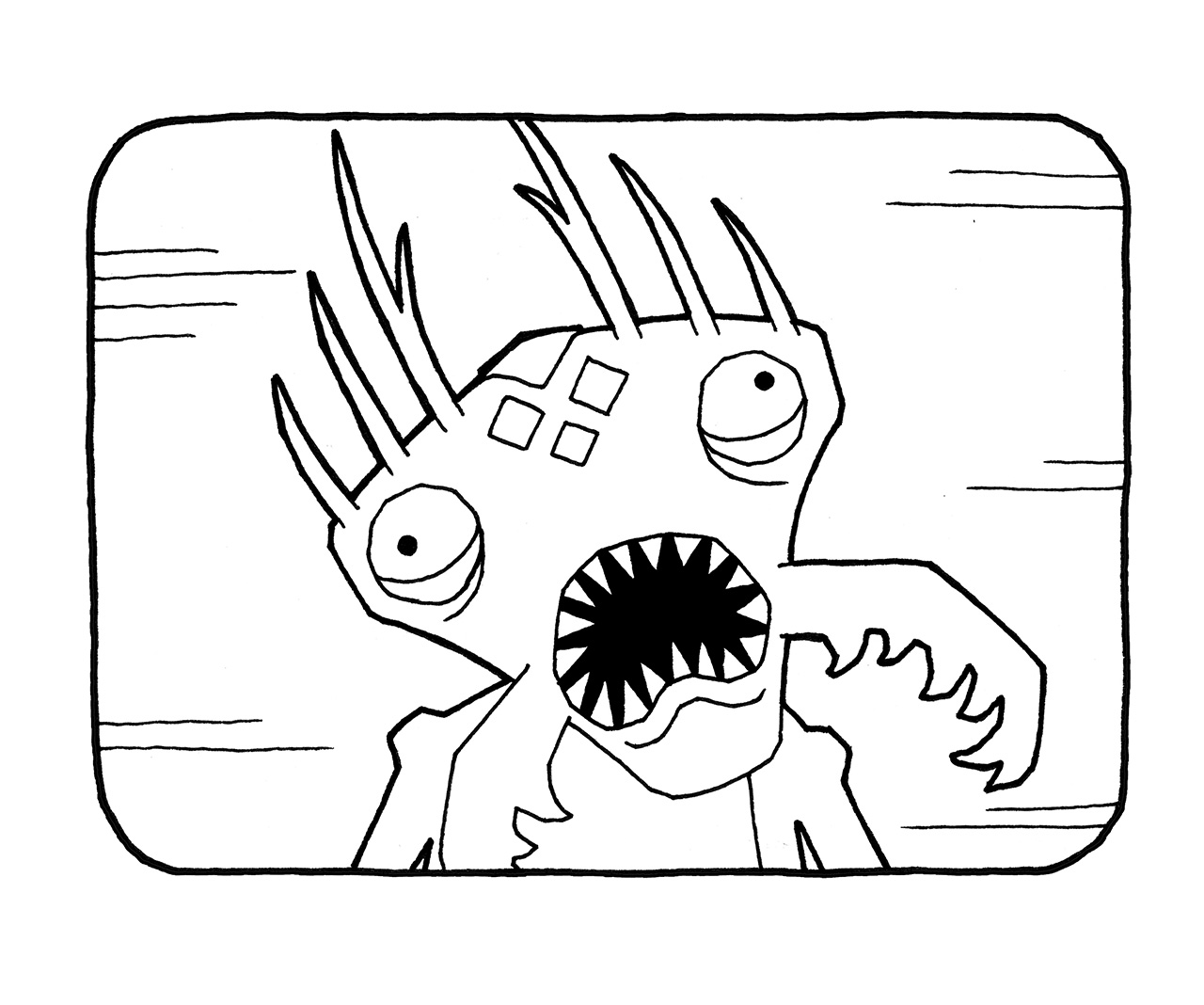 Clypeus, High Devourer of the Leptira

Clypeus is a Leptira. That is to say a six foot tall intelligent Praying Mantis with ray guns and a spaceship. And he likes to eat people - he's eaten more than 250 so far, of all shapes, species and sizes! That's how the Leptira measure status in their society - how many people you've eaten. so Clypeus is a High Devourer, gets his own ship and crew, and shoots around the galaxy looking for pirate mercenary jobs, and people to eat. At the moment, he'd really, really like to eat Harry Greene. Harry's got right up his nose, plus he's a human. He's never eaten human before.... 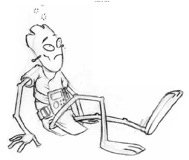 Or Gaggenow the Magnificent, intergalactic adventurer, explorer of worlds, slayer of miscreants, space pirates and Void Vandals as he prefers to call himself. Gaggenow is... well, a bit of a schemer. A planner. Or a lying conman, as others would put it. He's got loads of scams going on, and is always trying to get one over on people, whether it's to get the best bed or the best meal, or the best seat up to scamming a bank for a million credits or stealing a spaceship. Whatever's going down, he'll try and scam it, basically. He's also a great big coward and he and Harry... well, you'll have to read the book to find out how that turns out! 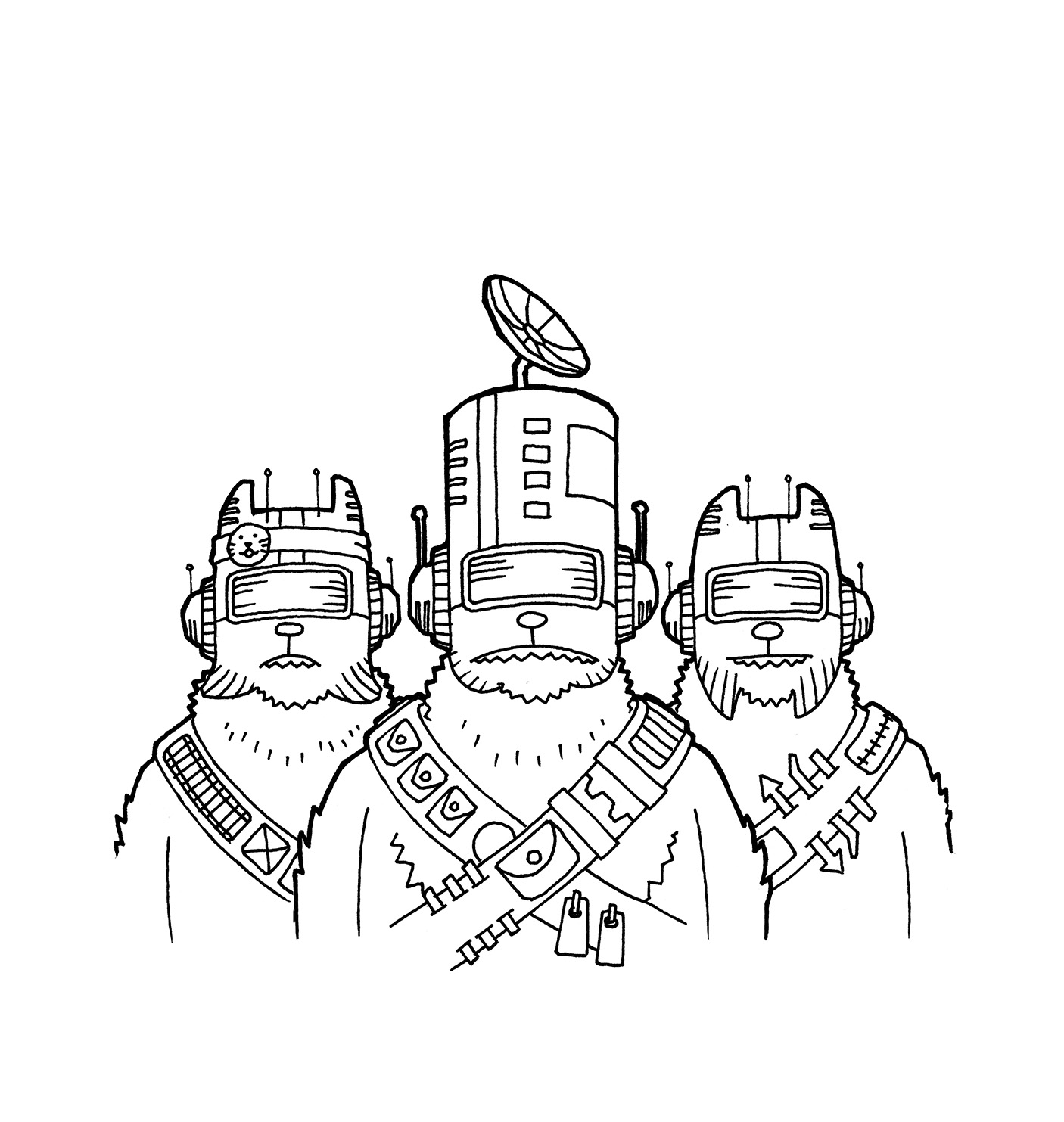 Barl is a Tricrusian - a huge, massively strong, three legged, red furred, cat faced thing. And he's Harry's best mate... Well, sort of. How that came about is kind of weird, to put it mildly. Unbelievable really. But you'll have to read the book to find out why. You won't believe it either. But it's true!!!