"Hello there, and welcome to my web site. Here’s where I'll blog about things, keep you up to date on my books, tell you my plans for conquering the world (and then the galaxy), where you can go to swear eternal fealty to the Dark Lord, how to raise an army of goblins and so on.

Quick biography of me:

Jamie Thomson has been a writer of books and computer games for many years. He is now the minion and slave of the Dark Lord, Dirk Lloyd. He lives in the dungeons below his Master's Iron Tower, chained to a desk, where he spends every day writing for his overlord. Or else.

The Dark Lord books are out now in all good book shops, dungeons, dark towers and evil emporiums. It's a comedic fantasy about a Dark Lord trapped in the body of a human boy here in modern day earth. Bit like my own life, really.

The first in the series, Dark Lord the Teenage Years won the Roald Dahl Funny Prize, 2012 which is of course, awesome, and also made the top 100 kids books of the last ten years in the Sunday Times – 100 Modern Children’s Classics

I eke out an existence in the dungeons below my Master's Iron Tower in East Sussex, where I spend every day writing for my evil overlord, Dirk Lloyd, or decoding messages sent to me from space by a boy called Harry Greene. Let me tell you about Harry - I've got a new series that came out in October, 2014, the first of which is called 'The Wrong Side of the Galaxy' (add link to Starship Captain section I guess?) It's about a fourteen year old boy called Harry who walked out of his house one day only to be abducted by aliens, in this case, The Greys. He wakes up on a strange spaceship to find all the aliens are dead and he's left in charge with a broken super-computer and some freaky alien stowaways. He's got to get back home to his Mum in Croydon in time for tea - except he's on the Wrong Side of the Galaxy...

Let the adventures begin... not to mention the laughs!

You can check out my books in detail from here - they've got lots of galleries, missing chapters, bonus stuff, character info, and so on.

And here's a recent interivew on Radio Cornwall.

Also, the Dark Lord books are available as audio books, narrated by me! Here's a chapter from the first book:

Listen
You can buy for download the audio books here:

Dark Lord - A Fiend in Need 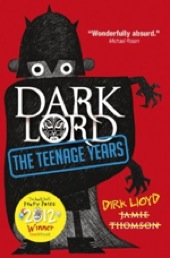 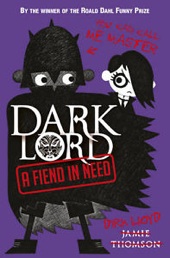 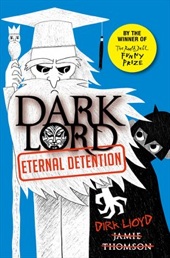 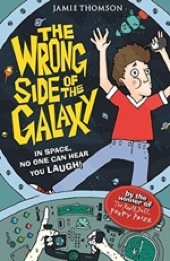